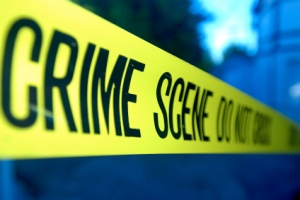 Police from the Crime Suppression Division have arrested a company driver who killed a human resources manager in Rayong over a work dispute.

Supisan Pakdeenarunart, commander of the CSD, held a press conference on the arrest of Somyos Pathompaiboon, 47, for the murder of Wirote Wichitwasuthep, 51, human resources manager at Danieli Far East Co, a steel processing firm located on the Eastern Seaboard Industrial Estate in Rayong’s Pluak Daeng district.

Mr Somyos was arrested at a forest temple in Chon Buri.

Pol Maj Gen Supisan said that Wirote’s younger sister, Wirairat Meelomsakda, reported on Nov 2 that her brother had been missing since Oct 27. She asked the CSD to investigate.

Police later found Wirote’s car parked at the side of the Katinglai-Rayong road in Chon Buri’s Bang Lamung district with blood stains inside.

The same day, police received a report from Samut Prakan that an unidentified body had been found in a well in Bang Phli district. Police contacted Ms Wirairat and she confirmed the body was her brother.

After examining CCTV footage from the Danieli Far East Co, police found that Mr Somyos was the last person to visit Wirote in his office before the disappearance. Further investigations uncovered a work conflict between the two.

Police then sought the court’s approval for an arrest warrant for Mr Somyos.

Police said Mr Somyos confessed that he had been involved in a dispute with Wirote about the human resources manager’s plan to make him and some of his colleagues redundant.

He rushed to Wirote’s office after learning the company had announced it would recruit a number of new employees, including a driver.

Mr Somyos told police that Wirote threw a bag at him when he asked about the layoffs. Incensed, Mr Somyos told police he bashed Wirote in the face with a brick until he last consciousness. He then took him away in his car. Wirote woke up in the car, so Mr Somyos said he struck him again, this time fatally. He left the body in Samut Prakan and fled to the temple where he was arrested.  Source: Bangkokpost.com.