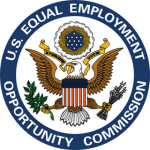 The federal agency received a record 99,947 discrimination charges in the fiscal year that ended Sept. 30, the highest number in its 46-year history, the EEOC said in a statement.

In fiscal 2010, the agency said it received 99,922 such charges due to factors that include economic conditions; increased diversity and demographic shifts in the labor force; employees’ greater awareness of the law; and improvements in its intake practices, consumer services and public accessibility. 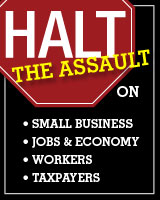 I joined in on a conference call this morning with Senator Johnny Isakson (R-GA) where he discussed his new bill, the Representation Fairness Restoration Act. (S. 1843) This piece of legislation appears to be a companion bill matching the Workforce Democracy and Fairness Act (H.R. 3094) in the House. Without getting too far down in the weeds on this, the bill seeks to stop yet another curious decision by the National Labor Relations Board (NLRB) which would overturn more than seventy years of established precedent in terms of the number of workers you need in order to enter into a collective bargaining unit.

Sen. Isakson wrote about this in a recent op-ed.

On August 26, 2011, the NLRB decided to recklessly abandon this longstanding precedent. In its Specialty Healthcare decision, the NLRB decided that unions can now target a small group of employees doing the same job in the same location for organization purposes. For example, in one grocery store, the cashiers could form one “mini union,” the baggers could form another, the produce stockers could form yet another, and so on. This could potentially create several different unions within the same store location, making it easier for unions to gain access to employees and nearly impossible for employers to manage such fragmentation of the workforce.

Union forces are already up in arms over these proposals, as it would cut the legs out from under a scheme where as few as two or three cashiers in a single grocery store could wind up creating their own “micro-union” even if the store employed hundreds of cashiers across many locations.

It’s worth pointing out that it is certainly not unheard for more than one union to exist in a large workplace. One example which comes to mind is naval re-fitters working in and around the many shipyards in the nation. In those types of shops you’ll find the IBEW representing all of the electricians while the structural and plumbing guys might be in the pipefitters. But in each of these cases you’re talking about a majority of all of the workers engaged in the same type of work joining up.

The challenges which employers would face should be obvious if any three people in any occupation decided to declare themselves a union one day and demand negotiations. Assuming this comes to a vote in both chambers, it will be interesting to see how successful Congress can be in taming the power of the NLRB and other executive branch agencies. So far S. 1843 is heading into committee while H.R. 3094 has cleared the House Committee on Education and the Workforce, but has not yet been presented for a vote on the floor.

This post was promoted from GreenRoom to HotAir.com.
To see the comments on the original post, look here. 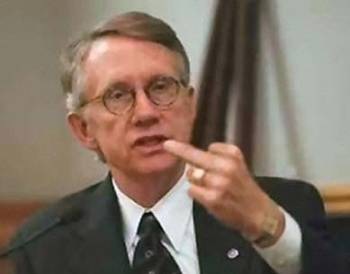 In a recent speech, Senate Majority Leader Harry Reid claimed that excessive regulations don’t cause job losses. He even cited statistics to back up his claim. When all else fails, hang your hat on micro statistics when debating a macro issue.  Good grief.

The numbers come from the Labor Department’s Bureau of Labor Statistics (BLS), which, in cooperation from state authorities, tracks mass layoffs, defined as layoffs of 50 or more workers for 31 days or more. In each case in which such a “mass layoff” is identified, state authorities interview the employers involved, asking them (among other things) the reason for the layoffs. For the third quarter, BLS reported that 0.3 percent of respondents listed “governmental regulations/intervention” as the reason.

It appears to be a simple process, but it’s actually quite tricky. The first problem is that economic hardship does not come with labels. Employers know if their costs are rising but not necessarily whether it is due to new burdens imposed on their suppliers or other factors. They may know that they didn’t get the capital they needed but not if it was because investors had better opportunities or because of government financial rules. They will know if demand has slumped, but it’s not so clear whether it was because their product is valued less by the marketplace or because government rules choked off demand from customers. The actual causes are likely to be mixed.

But even if government interviewers could identify with precision the reasons for mass layoffs, that would tell us little about why unemployment is so high. Mass layoffs are only part of the job loss picture—job losses don’t always come 50 or more at a time. Most small businesses don’t even have 50 employees.

You can read the entire piece by James Gattuso at The Foundry, Heritage blog here.